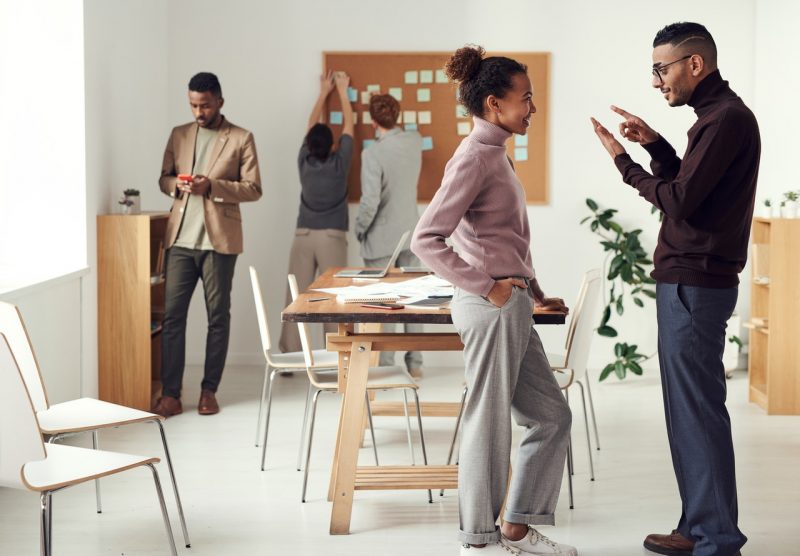 Is it just me or do I hear the word “politics” bring only bad images to mind?

Office politics are the harsh realities of the workplace. It does not always mean that those who take part in it are evil or malicious. It is the competitive environment in some workplaces that provokes a self-survival behavior.

However, there is another type of politics as well – Good Politics. These are the positive practices that you will need to adopt to help you and your team grow, and most importantly, pursue your interests but fairly.

You don’t have to resort to backstabbing behavior or becoming a brown nose and a minion to the people in charge. The most part of good office politics involves just waiting and observing. Being aware of your environment, ambitious people, friends and foes, and the real people in charge.

As mentioned, observing is a major part of office politics. Find out who the people with authority are – the brains behind the business. The Thomas Shelbys – the leaders – and the Arthur Shelbys – the followers.

What now needs to be done is to build connections. This does not mean you go directly towards the bosses – they wouldn’t like that, and you would end up causing more harm than good. Instead, just observe their connections. Who interacts with them? Who are their friends, or families, or who do they get most along with within the workplace?

Now, start building indirect connections. It may take a while and you would need to be patient but eventually, you would have friends in the right places. They might confide with you in important jobs. You would become the go-to person in the company. Before you know it, you will be an integral part of the business, paving the way to real success. Just make sure the tasks of this new and important position are something that you have a passion for.

Don’t always be aiming towards the bosses. Make friends among peers. Always be ready to offer your assistance even when they don’t verbally express it. Have their back and they are most likely to have your back as well when you would need it. It would be one less worry when you would have friends to cover your shift in a family emergency or need assistance in any extensive or hard task.

The expression to keep your friends close and enemies closer, holds true for an office workplace. This helps to avoid being a victim of office politics. You would become aware of the schemes and be ready for opportunities should they present themselves.

And finally, you need to remain professional in the workspace. Avoid passing on rumors, or better yet, avoid gossip overall, even if it’s true. Someone might quote you on an embarrassing fact that you passed along that involved boss. Your embarrassment would be several times higher than your boss’ when they find out that you were the one saying it.

The fact that we need to talk about good office politics is an indicator of the presence of politics in the workplace. The economy is on the rise and yet the job market is getting tighter. It results in politics becoming more and more common in the workspace. No one necessarily likes to take part in it, but one should be prepared for self-survival at all times. A little self-defense is never considered bad and it is mostly encouraged.