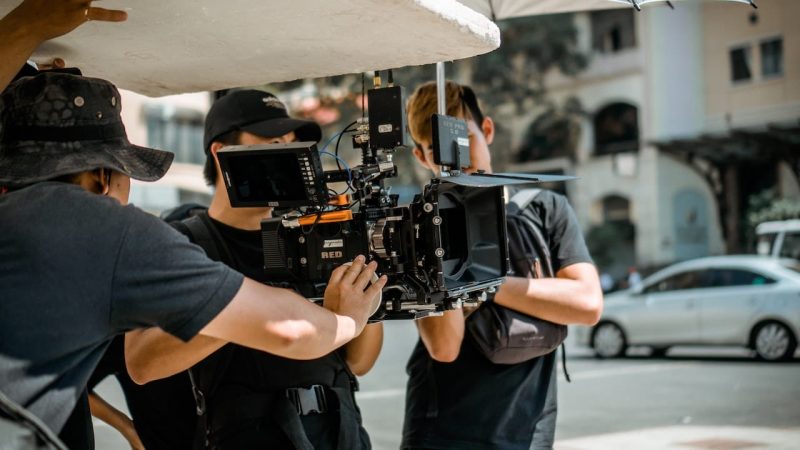 Let’s face it; nobody enjoys their job constantly. Even if you work for a big company, a small startup, or your own company, we all experience those times when we’re tired of everyone and everything.

Your boss puts your name incorrectly in an email, coworkers drive you crazy, and one client is incredibly challenging.

These are the times when you daydream about quitting your work and spending the entire week relaxing on a beach. In any case, selling your organs on the illicit market should be able to cover your expenses.

if that describes you right now, viewing an upbeat movie could be the cure for your mood problems.

Here is a list of the top 10 best movies on careers and work from the past ten years that you should watch.

The Social Network details Mark Zuckerberg’s experience building Facebook. Even though his company venture is exceptionally successful, many people cut off their relationships.

Although you undoubtedly already know how this story ends, there is still much that professionals can learn from it.

The Social Network was hailed as the year’s best film by Roger Ebert. “David Fincher’s picture has the unusual quality of being not only as smart as its brilliant hero, but in the same way,” he said in his statement. It is arrogant, hurried, chilly, thrilling, and instinctively insightful.

A biographical dramatization of Steve Jobs’ life, titled Steve Jobs (2015), was released. The movie explores several significant facets of Steve Jobs’ career, from well-known product premieres through the introduction of the iMac.

Steve Jobs was one of the most renowned businessmen in recent memory, so professionals and job seekers may learn a lot about the man who founded Apple. The film shows how Jobs handled challenges and the qualities he used to be successful.

The film scored 82 out of 100 on Metacritic, and Kate Winslet gave a fantastic performance.

Jordan Belfort, who works as a stockbroker and defrauds his way to wealth, is the subject of the movie The Wolf of Wall Street.

We may discover a lot about Belfort’s abilities that helped him succeed if we ignore the fact that he eventually loses everything and ends up in jail. These include his aptitude for inspiring others and for effective communication.

The Wolf of Wall Street movie stars Leonardo DiCaprio, Margot Robbie, Jonah Hill, and Matthew McConaughey, was called “the best and most delightful American picture to be released this year” by Mick LaSalle of the San Francisco Chronicle.

The comedy-drama The Intern features Anne Hathaway and Robert De Niro. Ben Whittaker, age 70, applies to work as an intern for an online fashion website because he is tired of retirement. Can he compete with the young professionals?

Professionals may learn a lot from The Intern about various career topics, including the value of work-life balance.

The Intern will make you consider your profession. It has been called “frothy, playful, homogenous, routinely annoying, and overall fairly irresistible” by Manohla Dargis of The New York Times.

In the film A Family Man, Dane (Gerard Butler), a highly motivated headhunter, competes with his adversary for control of their business. Dane is forced to decide between his personal and professional lives as they collide.

The film’s exploration of the harmony between job and home life is one of its central themes. Other lessons from the movie that apply to professionals include the necessity to concentrate on what is genuinely essential.

Guy, a bank teller, discovers that he is a non-player character in a well-known online video game, Free Guy. Guy makes the hasty decision to take on the role of the protagonist to win over a crush.

He might even prevent his virtual world from collapsing entirely in the process. Fast-paced, enjoyable, and frequently humorous, Free Guy is an exhilarating blockbuster.

It’s the ideal movie to unwind with after a hard day because it has engaging action scenes and surprising celebrity cameos. Additionally, Guy’s path can provide you with the extra motivation you require to remodel your professional life finally.

Watching this movie can teach us several important lessons, such as, Don’t let your own life become a background character. Work to create a career path that brings you eternal happiness because you deserve better.

Margaret Qualley, Sigourney Weaver, Douglas Booth, and Seána Kerslake were among the cast members of this film.

My Salinger Year, set in the 1990s, follows Joanna, a budding author who accepts a position at one of New York City’s earliest literary agencies. She works for an agency responsible for responding to fan correspondence for the reclusive J.D. Salinger.

Joanna feels awful about using canned responses, so she starts to personalize them, which helps her write better.

The film is pleasant and endearing, and Sigourney Weaver and Margaret Qualley both have excellent performances. It also emphasizes how critical it is to pursue your dreams.

We may take away some important lessons from this film, like the following: even when you work for others, find your voice. Even the most boring activities may be made enjoyable with a bit of imagination.

The impoverished family’s plan to work for the wealthy people deserves attention, even though the movie is much more about class and greed than how to develop your career.

Additionally, Parasite is magnificent from beginning to end and provides thrills and hilarity at every turn.

From the film’s conclusion, we can infer that connections can be beneficial. However, take advantage of your networking abilities.

This touching film centers on Phiona Mutesi, a young woman who lives in a slum in Uganda’s capital city of Kampala. Her life is turned around when she encounters a man who trains her how to play chess. He assists her in rising to the top and escaping a life of poverty.

Queen of Katwe has all the makings of a hit, making it uplifting viewing for both adults and children. You can’t go incorrect with this movie if you’re searching for one to remind you just how much underdogs can accomplish.

This film teaches us some important lessons. For example, you don’t have to come from a wealthy background to achieve.

With spectacular special effects and a take-no-prisoners theme, The Secret Life of Walter Mitty is an uplifting story about seizing the day. It is motivating, and that is an understatement.

Walter Mitty, an opposing assets manager who fantasizes about great experiences, is the film’s main character.

When his work is in danger, he responds in the real world by setting out on a globe journey, which ends up being a more epic experience than he could have ever dreamed.

We learn from this movie to stop daydreaming and start acting. Do something uncomfortable because the most prominent step to happiness is courage. There is no better second than the present to seize a new opportunity or begin pursuing your passions.

When it comes to accomplishing your work goals, movies can provide you with inspiration and encouragement.

When you’re unhappy in your job, these movies can also help you see things in a different light.

We hope our list of the most pleasing career  work-related movies will motivate you and, if necessary, get you to reconsider your profession.