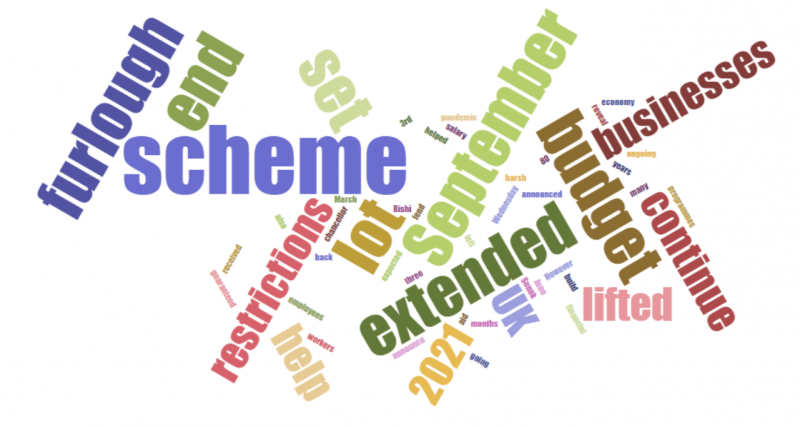 Rishi Sunak is set to announce in the 2021 budget that the furlough scheme will be extended until the end of September 2021.

This year’s budget is going to be announced on Wednesday 3rd March. In this budget, it is expected that a lot of the financial aid programmes, that are set out to help businesses through the ongoing pandemic, will continue after many of the restrictions are lifted.

The chancellor is set to reveal that workers will continue to be guaranteed 80% of their salary for a further three months, after restrictions are lifted in June, to help build the economy back up.

However, while this scheme has helped a lot of businesses and their employees. It has also left a lot of them to fend for themselves, and because of this the scheme has received harsh backlash. To fix this problem, it is expected that the chancellor will announce that a further 600,000 of the newly self-employed people will also now be eligible for state financial help.

There have been many hints from the Treasury that the scheme will end alongside the Covid restrictions. But they have gone back on themselves and will in fact continue the scheme, especially for businesses within the hospitality and retail sectors. As it will take them a lot longer to get back up and running as usual, because until at least June, there will still be significant restrictions in place for those sectors.

The chancellor has stated that, “our Covid support schemes have been a lifeline to millions, protecting jobs and incomes across the UK.”

“There’s now light at the end of the tunnel with a roadmap for reopening, so it’s only right that we continue to help business and individuals through the challenging months ahead, and beyond.”

How will this extended furlough scheme work exactly?

Similarly, to all of the other instalments of the furlough scheme, employers will be expected to pay for 10% of a furloughed workers wages in July. This will then raise to 20% in August and September, as things are expected to get back to normal during this time.

But, along with the good news of the furlough extension, there also comes bad news for many businesses. It has been heavily rumoured that the Treasury is preparing for a rise in corporation tax from 19%. However, this specifically is still all just speculation. We will not know for sure until the Treasury announces the series of tax consultations on March 23rd.

A member of senior Tories have suggested that moderate tax rises are inevitable, to help to get the economy back on track.